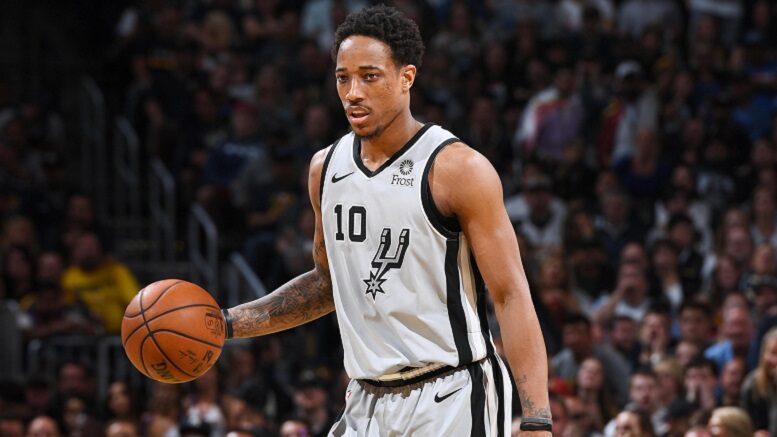 Spurs shooting guard DeMar DeRozan dribbles during a game against the Jazz.

Veteran shooting guard DeMar DeRozan is looking to move on from the San Antonio Spurs, an NBA agent told The Athletic.

“DeMar doesn’t like San Antonio and doesn’t want to be there,” the agent said.

CNBC reporter Jabari Young said something similar back in April. Young is a former Spurs beat writer and remains dialed in to the team.

“Listen, I don’t have to sugarcoat anything. DeMar DeRozan is not happy in San Antonio, OK?” Young told ESPN San Antonio. “The offense is not running as smoothly as one should think with a guy like him in the lineup, and there are problems there, right?”

DeRozan has a player option worth $27.7 million that he can exercise this offseason. He can also turn it down and enter free agency.

DeRozan averaged 22.1 points, 5.6 assists and 5.6 rebounds in 68 games this past season. He was acquired in the Kawhi Leonard trade with the Toronto Raptors prior to the 2018-19 season.

The Spurs failed to make the playoffs for the first time in 21 years.