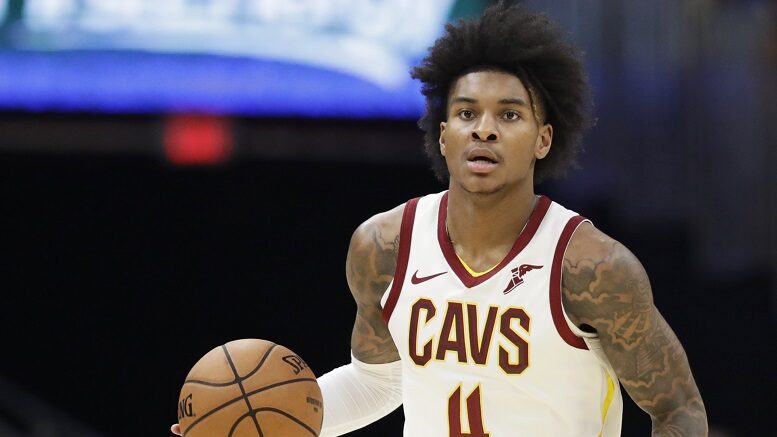 Cavaliers guard Kevin Porter Jr. dribbles upcourt during a game against the Pistons.

Cavaliers shooting guard Kevin Porter Jr. was arrested early Sunday after being stopped by an Ohio state trooper near Canfield in Mahoning County.

Porter is facing charges of improperly handling a firearm in a vehicle, according to Sheriff’s records. He was released after posting $4,000 bail.

Per WJW-TV, the highway patrol responded to a single vehicle crash near I-76 and State Route 534 in Mahoning County around 2:05 a.m. on Sunday.

#Cavs statement: “We are aware of the situation involving Kevin Porter Jr. and are in the process of gathering information. We have spoken with Kevin and will continue to address this privately with him as the related process evolves.”

At 6-foot-4, Porter was viewed a lottery pick out of USC prior to the 2019 NBA Draft. But questions about his character caused him to drop to the final pick of the first round (No. 30). The Cavs acquired him in a draft-day trade with the Detroit Pistons.

Porter was suspended early in his rookie season for bumping into an official. He recently took an angry shot at the media on Twitter, though deleted the post quickly.

While the Cavs are enamored with Porter’s upside and athleticism, his pattern of making headlines for some of the wrong reasons makes you wonder if they may consider moving on.

On a personal note, I have found Porter to always be polite, cordial and willing to talk in the locker room. I really can’t say enough positive things about the guy. So let’s hope this is all cleared up and things work out. Young people make mistakes. Wizards GM: Avdija ‘checked all of our boxes’

The Wizards were surprised to see Deni Avdija fall to No. 9, though they were elated to have the opportunity to draft the 19-year-old. “We…