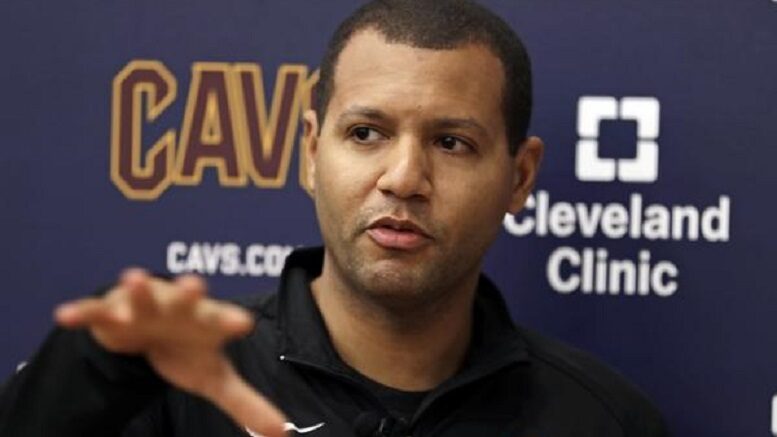 Itā€™s NBA draft week, which means itā€™s time for smoke and mirrors, and a whole bunch of rumors.

With the No. 5 overall pick, the Cavaliers are a part of all the buzz leading up to Wednesday.

One thing we do know is the Boston Celtics have been trying to package at least two of their first-rounders (Nos. 14, 26 and 30) to move into the high lottery. The Celtics reportedly have spoken with the Atlanta Hawks (No. 6) Detroit Pistons (No. 7) and New York Knicks (No. 8).

And according to Terry Pluto of Cleveland.com, you can throw the Cavs in there too — with the Celtics perhaps offering the 14th pick, and another first-rounder, for the Cavsā€™ pick.

Before we go any further, I doubt the Cavs would do that.

They donā€™t need to add two rookies to the roster. Some might argue they donā€™t even need to add one. They already have plenty of young guns, with guard Collin Sexton (20.8 ppg) entering his third season, and point guard Darius Garland and shooting guard Kevin Porter Jr. each entering his second.

Also, small forward Dylan Windler will be a rookie after missing all of last year with a lower leg injury.

So if the Celtics did offer the No. 14 pick, and say the No. 26, Iā€™m guessing Cavs general manager Koby Altman would have quickly turned them away. Altman has already made a major deal with Boston, sending Kyrie Irving there in 2017, but I doubt that familiarity would play a role here.

Thompson is a free agent and Pluto wrote he doubts Thompson will return to the Cavs. He also wrote that the Cavs are unlikely to find a deal for Love, given Loveā€™s age (32) and the size of his contract.

I agree with Pluto on both of those thoughts, and will write about my Thompson doubts in the coming days. In short, I donā€™t see many pathways or good reasons for him to return.

“While there are Love rumors (most unrealistic), Drummond could be traded,” Pluto wrote. “Being in the last year of his contract could make him attractive to another team. The Cavs always could absorb a ‘bad contractā€™ for Drummond, and also add some future picks.” WhenĀ Larry BirdĀ returned my call, I practically drove off the road. The year was 2008 and I was writing a story on the U.S. menā€™s Olympic…

Overlooked Cavs of ā€™85 gave fans a series to remember