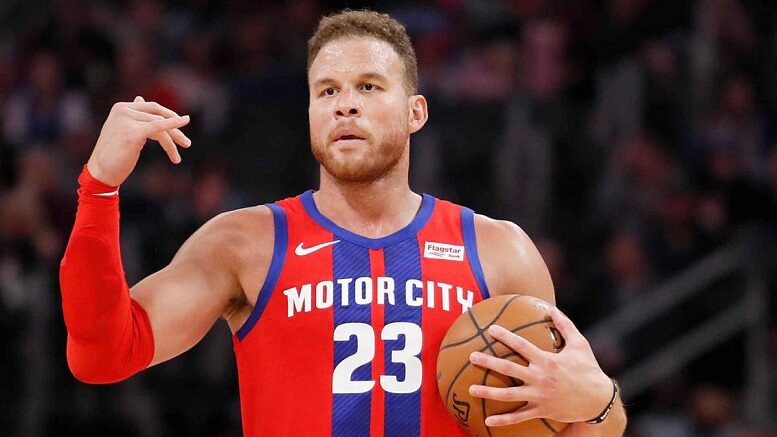 Pistons power forward Blake Griffin motions to the bench during a game against the Pacers.

Point guard John Wall reportedly is looking to move on from the Washington Wizards, and there has been talk of a trade involving Wall and Houston Rockets guard Russell Westbrook.

But that’s not all.

According to Zach Lowe of ESPN, the Detroit Pistons also made an exploratory call once they found out Wall may be available — with the Pistons seeing if the Wizards may be interested in power forward Blake Griffin.

Apparently, at least one Wizards fan is grateful the talks seemingly went nowhere.

Reporters asked Wall if had indeed requested a trade, and he mostly declined to answer.

“Since Day One when I got here, June 25, this city, these fans ain’t do nothing but show me a lot of love,” he told reporters. “That’s the same thing I want to give back to them, give my same love back, and that’s what I’m always going to continue to do no matter what goes on.

“We can’t control certain things that happen in life, but one thing I can control is my heart will always be in this city.”

His heart may be there, but it seems he prefers his body is sporting a different uniform in 2020-21.

“There are no plans to trade John. Obviously, it’s unfortunate at this time of year,” Sheppard said on Monday. “I was with John this morning. I watched him work out.”

Be the first to comment on "Pistons reportedly made call on Wizards’ Wall, offering Griffin"

The Cavaliers finalized a minor trade on Monday that will have them following what comes next for Milwaukee Bucks star Giannis Antetokounmpo. That’s because part…

Amico: Cavs’ deal for McGee all about getting size for free

Celtics bringing back oh-so-tall Fall for another run