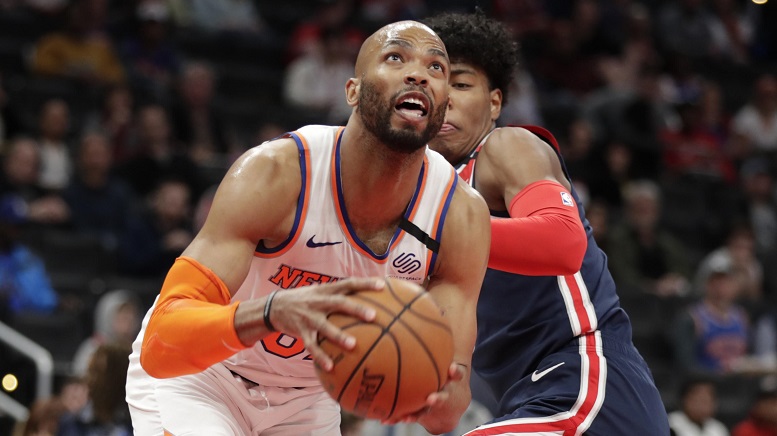 Former Knicks forward Taj Gibson drives to the basket vs. the Wizards.

The New York Knicks have waived power forward Taj Gibson and declined their contact option on forward Bobby Portis Jr., but may have interest in bringing back both players, per Ian Begley of SNY.tv.

When it comes to Gibson, the Phoenix Suns, Golden State Warriors and Los Angeles Clippers are among the others to watch, per Darren Wolfson of 5 Eyewitness News.

Both Gibson and Portis will be unrestricted free agents once it begins Friday (6 p.m. EST).

Be the first to comment on "Knicks part ways with four, create $40 million in cap space" Golden State Warriors shooting guard Klay Thompson has suffered a setback in his return from an ACL injury, according to multiple reports. Per Chris Haynes…