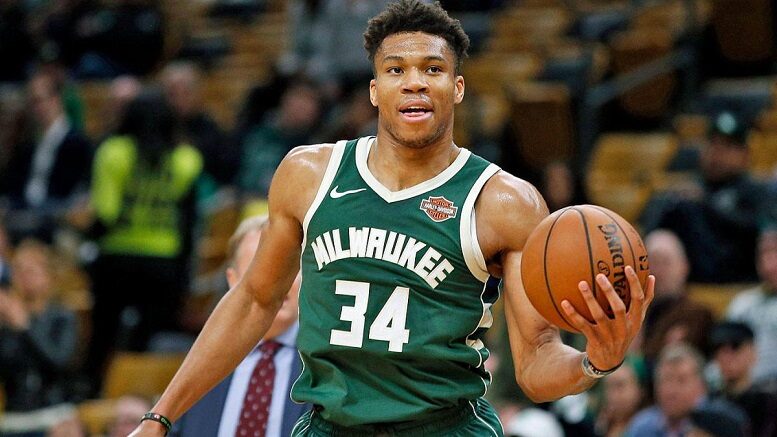 Bucks forward Giannis Antetokounmpo hands the ball to an official during a game against the Nets.

If LeBron James, Kevin Durant or Anthony Davis ever want to join Giannis Antetokounmpo with the Milwaukee Bucks, hey, they have a deal.

That comes straight from The Greek Freak himself.

“This is a statement that I have never made before. If LeBron and Kevin Durant and Anthony Davis came to Milwaukee I would be happy,” Antetokounmpo told Cosmote TV in his native Greece. “I am not interested if I am the top, second or third name, OK? I just want to win.”

The Bucks are in a bit of a pickle with the back -to-back NBA MVP and reigning Defensive Player of the Year. He is eligible to become a free agent at the end of the season. He is eligible to sign a supermax contract extension right now.

Where he goes, nobody knows.

Bucks general manager Jon Horst has tried to get some help for a team that keeps finishing with the best regular-season records … then goes nowhere notable in the postseason. One of the offseason moves included landing veteran guard Jrue Holiday in a trade with the New Orleans Pelicans.

But in today’s NBA, you generally need a second superstar before you start talking titles.

“The Bucks asked for my opinion on this year’s roster,” Antetokounmpo said. “I wanna focus on playing basketball, on how to become a better player. If LeBron, AD or Durant would join me in Milwaukee, I would be fine.”

Now, none of those three are joining the Bucks anytime soon. It doesn’t take an NBA savant to figure that out. But if you’re Antetokounmpo, it’s not a bad message to send in a contract year.

Be the first to comment on "Antetokounmpo: I’d be fine with LeBron, KD or Davis on Bucks"

Tristan Thompson spent each of his first nine seasons with the Cavaliers, becoming the ultimate energy guy and a key starter on the 2016 championship…